Every election is an online election these days

Every election is an online election these days, and every one feels that little bit different.

This time round in Wales though we have a particularly distinct Welsh dimension which makes the Welsh Assembly election even more Welsh than ever. Because in 2016 the political internet is properly now .wales and .cymru for the first time.

And the parties are taking it further too, utilising the domain title in a cohesive way, such as Labour’s manifesto being launched on togetherfor.wales, which neatly uses its campaign slogan.

Another example is the clever URL shorterner devised by Plaid Cymru https://voteplaid.cymru/ which simplifies domain addresses down to a handy short version including an obligatory political plug.

Whatever the party, it seems that .cymru and .wales are leading the way in terms of political platforms in this election. 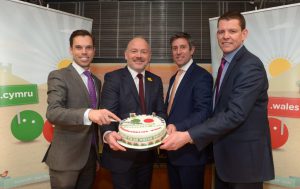 .cymru and .wales are open to all marking a historic moment for Wales on the internet